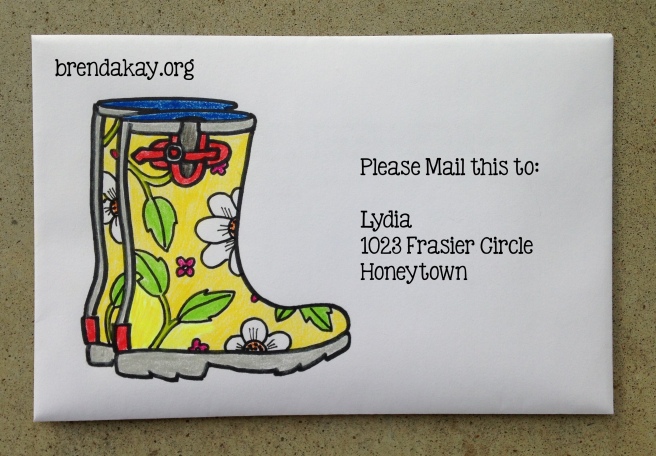 Garden time! Yesterday, I pulled off the tarp and cardboard from my front garden. I had covered the space during winter. I had cardboard on the back half and a tarp on the front half. When I pulled off the tarp, I discovered a very large fire ant village! So I went to the internet (where else?) to find what to do. I poured three pots of boiling water over their home. But I read that unless I kill the queen, they will rebuild. So Phase II will be to try some commercial stuff that can be sprinkled on and watered in.

I also have to deal with voles and that is another story.

Today, I mixed and added manure, peat moss, and vermiculite to perk up the soil.

Tomorrow I hope to plant.

You can see the pile of cardboard that I need to haul to the burn pile. In the front box with the tower are some peas and beets. In the middle is a fancy sprinkler I brought from a farmer friend. I am excited to try it! 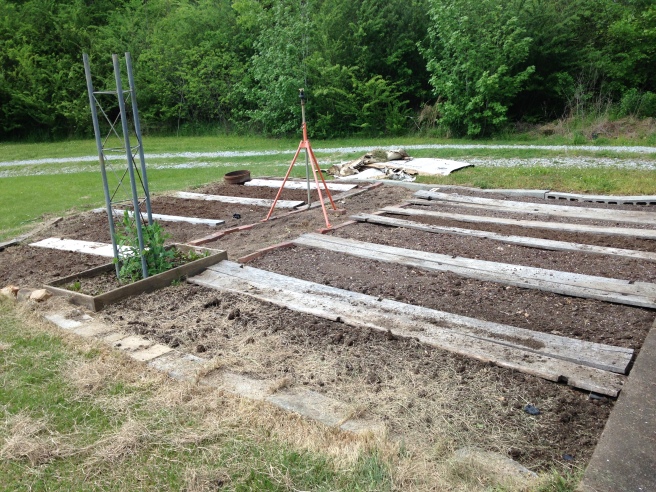 Below are some shots from my patio garden in the back of the house: 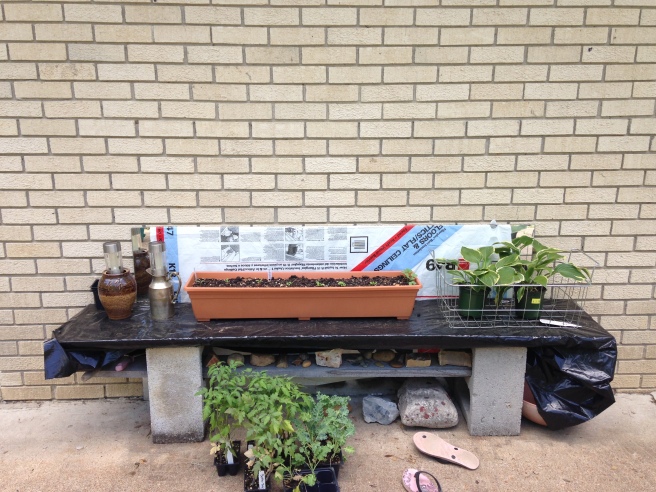 And here are my actual boots! 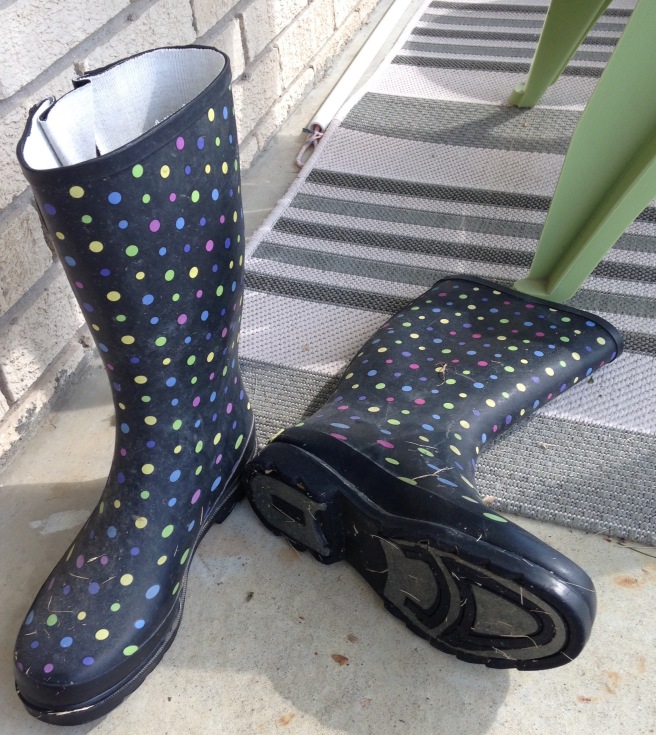